Company: Indian Army
The Indian Army is the land-based branch and the largest component of the Indian Armed Forces. The President of India serves as Commander-in-Chief of the army, and it is commanded by the Chief of Army Staff (COAS), who is a four-star general. Two officers have been conferred the rank of Field marshal, a Five-star rank, which is a ceremonial position of great honour. 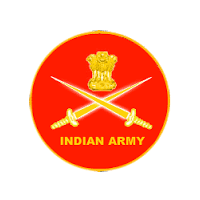 The primary mission of the Indian Army is to ensure national security and unity, defending the nation from external aggression and threats, and maintaining peace and security within its borders.

Indian Army announced notification for Engineering graduates for the post of Short Service Commission Technical Women & Men. The detailed eligibility and application process are given below.

No of Vacancies: Total 191 Posts

For Widows of Defense Personnel only:2 Posts

For widows of Defence Personnel who Died in Harness Only SSCW (Non-Tech) [Non-UPSC] and SSCW(Tech):

The selection will be made on the basis of stage I and Stage II selection. Followed by interview and medical test will be conducted for shortlisted candidates………Read More>>